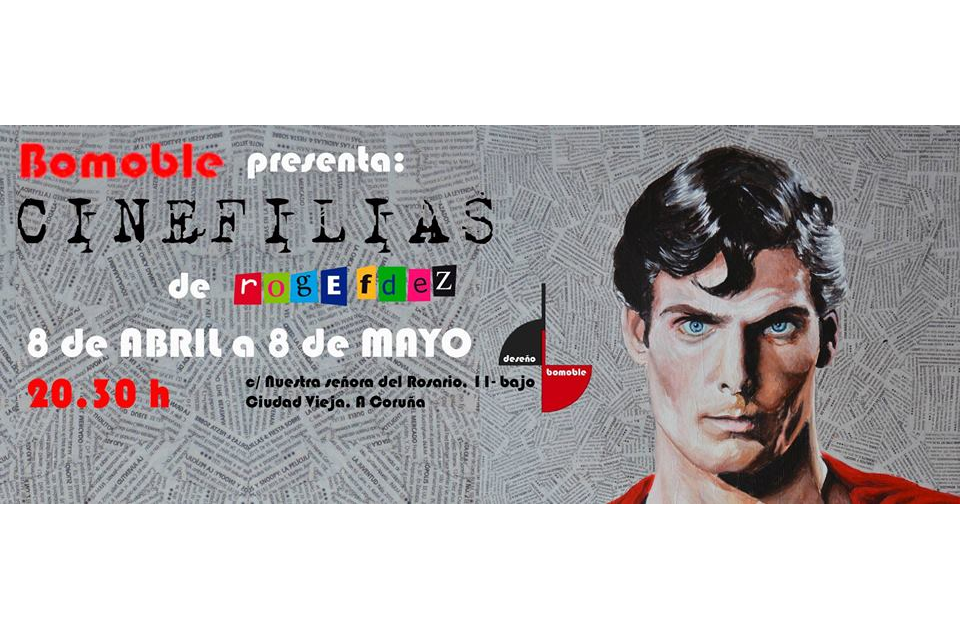 «CINEFILIAS is the latest project by the artist ROGE FDEZ (1973)

Cinefilias is pictorial project that has, so far, two series: “Portraits” and “Impossible films”.

The series “Portraits” include, in one hand, portraits of directors who have managed to maintain and defend their independence and personal insight into the film industry. It is therefore a tribute to their constant struggle to defend their ideas and vision. Also, there are portraits of actors and actresses, characterized as specific characters that have managed to transcend the screen and have joined my personal experience. Somehow they are part of my family, my friends and some of them even my enemies. Their ability to empathize and connect emotionally with the viewer, are the reasons why I want to represent them.

The technique of the works is acrylic and collage (made of pieces of newspaper featuring local cinema listings) on board. The newspaper base creates wrinkles and imperfections that refer to the ephemeral nature of most of the films that are produced every year for the film industry. Most of the characters that I portray managed to impose themselves on the industry and claimed their role in History, not only in history of films but also in our lives.»